Iran, November 14, 2019—They say the passage of time fades the memories of various events, sufferings are forgotten or simply drift away in our minds. However, when pain continues and a wound remains open, it deepens instead of healing. Not only is it not forgotten, but with each passing day it gets harder and even more difficult.

Two years have passed since the November 2017 earthquake in the city of Sarpol-e Zahab of Kermanshah Province, western Iran. However, the people in this area continue to suffer. The quake literally leveled various parts of the city and nearby villages, including the regime’s poorly constructed “Maskan-e Mehr” apartment projects to the poor locals’ mud-houses.

If not for the support provided by locals from nearby cities, the disaster in Sarpol-e Zahab would be even more catastrophic. Instead of helping the earthquake-hit areas, the mullahs’ regime and the Revolutionary Guards (IRGC) literally blocked and stole from caravans launched by ordinary people to provide aid for those in need.

Sarpol Zahab, western #Iran
11 months after a major earthquake leveled many areas of the city, the local mayor admits 30% of the residents still live in tents.
And winter is coming. 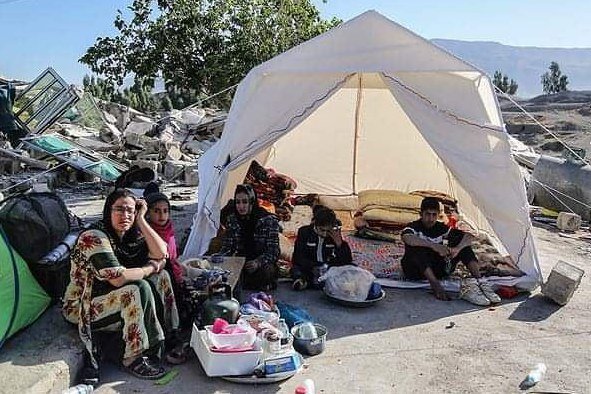 Two years down the road, many families are still living in trailers. The regime’s security forces have constantly attacked and battered the earthquake hit locals, stormed their makeshift neighborhoods and even fired tear gas into their areas, refused to lift a finger when their trailers were burning in fire and floods washed many of their homes away.

“When we asked for food, they fired tear gas into our crowd,” one earthquake victim said during such an attack. In such circumstances, what does the future hold for the people of this region?

Many residents have reported that local and provincial officials have held numerous meetings only to reach a conclusion that the people must leave this area. However, these innocent people have no place to go and receive no decent aid or guidance about how to approach their future. 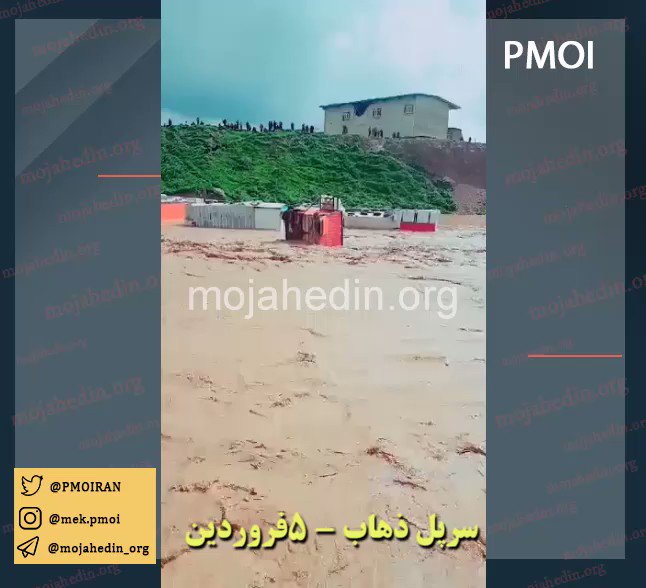 When Iran’s riches end up in the pockets of the ruling regime and their insiders; when the country’s revenues are used to build schools and hospitals in Iraq, Lebanon, Syria, Venezuela and other countries; when the mullahs spend billions on ballistic missiles and their nuclear weapons program; when the arms depots of Hezbollah in Lebanon, the Houthis in Yemen and other militia groups in the region are constantly filled; the result is nothing but increasing poverty and devastation inside Iran.

In October, the mullahs’ sent 160 tons of free medicine and medical equipment to Iraq, many passing through the very roads of Sarpol-e Zahab, while locals are suffering from medicine shortages.

Many in this area are complaining about lack of water, electricity outages, sewage problems, hot summers and cold winters, poor hygiene conditions and… Local authorities have reportedly cut off water and electricity for those living in trailers.

While millions are living in poverty across Iran due to the mullahs’ destructive policies, earthquake victims in Sarpol-e Zahab have been forced to live in atrocious conditions for the past two years. With a new earthquake recently devastating areas in northwest Iran, many more will be in grief at the hands of the mullahs’ regime.

“More than 121,000 people, especially in the provinces of East Azerbaijan and Ardabil, have been severely hit by the earthquake and are desperately attempting to cope with their harsh conditions.”#Iranhttps://english.mojahedin.org/i/iran-earthquake-easter-azarbaijan-casualties-20191111 …

Reporting by PMOI/MEK Iran, November 11, 2019—The number of Iranians who lost their lives following a recent magnitude 5.9 earthquake that struck Iran’s northwest provinces in the early morning hours…

Al-Muhandis plotted the killing of Iranian opposition members in Iraq